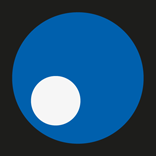 You are here: Home1 / Around the Moon

Stuttgart-based goldsmith Sonja Waldraff worked for many years in the visual effects industry. Now, with her Moon Treasure (Mondschatz) range of jewellery she is combining both worlds – highly detailed technique and centuries old crafting skills. Together with her husband, Michael Thalmann, they have developed and refined a small but fine collection of jewellery for those of a cosmological bent.

Working with a highly skilled team (our special thanks to Miriam, Jan and Herr Fessler) we have produced the finished collection. Hand-crafted in Germany.

Moon Treasure (Mondschatz) is a unique range of high-end jewellery featuring topographically accurate 3D representations of the lunar landscape – the first ever to do so.

Our Moon-Rings, Sputnik and Apollo, both feature a topographically accurate strip of the Moon’s equator.

Our Moon Pendants, “The Face” and”The Dark Side” are half-moons (i.e. hemispheres), one featuring the face of the moon as we Earthlings see it, the other featuring the dark side as Michael Collins saw it in 1969.

It’s interesting to see – and feel – the textural differences between the two sides. The near side, where all of the Apollo missions landed, is fairly smooth as a result of the vast lava “seas” with which it is largely covered. The dark side is much more textured being, as it is, almost entirely covered in craters – the result of millennia upon millennia of asteroid impacts.

In 2015 NASA’s Lunar Reconnaissance Orbiter (LRO) science team released the highest resolution near-global topographic map of the Moon ever created. This new topographic map shows the surface shape and features over nearly the entire Moon with a pixel scale close to 328 feet.Although the Moon is Earth’s closest neighbour, knowledge of its morphology is still limited. Due to the limitations of previous missions, a global map of the Moon’s topography at high resolution has not existed before. With LRO’s Wide Angle Camera and the Lunar Orbiter Laser Altimeter instrument, scientists can now accurately portray the shape of the entire Moon in high resolution.

With the help of this amazing new data we – Mondschatz – were able to create an exact, walnut-sized, copy of the Moon with just a touch of scaling to compensate for casting losses. Four 3D models were created on the computer: Ring Sputnik, Ring Apollo and two Moon half shells. All the mold were first created in hard wax, and then from each a silicone mold was made. With the help of the silicone molds, wax models were produced, which in turn were embedded in plaster. After melting out the wax, the hollow mold was filled with molten silver and – Voilà! – the basic form of the Moon’s surface is finished! The pieces are then sawn, filed, soldered, sanded and polished by hand. To achieve the  as-detailed-as-possible Moon-surface takes several hours per piece.
Here is a short demonstration of the development process for Ring Apollo.

At the age of four I asked my father to lasso the Moon for me. I don’t know where I got that idea from, but a few days later my parents painted stars and a crescent moon on the door of my bedroom.
Fast-forward twenty years, and I’m studying to be a goldsmith. As my graduation piece I took a mini gold ingot and started to reconstruct the Moon in as much detail as I could muster. However, the time was not yet ripe and I wasn’t satisfied with the result. I didn’t want a purely artistic impression of the Moon – why try to improve upon something so beautiful? – I wanted every crater, every sea, every mountain to be depicted with topographical exactness. (But a bit smaller…)
Fast-forward another twenty years. My daughter is about the same age as I was when my lunar fascination began, my husband and I are on an unsuccessful hunt for friendship rings, and NASA release a high-resolution map of the Moon’s surface. This all came together in my mind and took me back to that burning childhood desire. Well, one thing led to another and finally I was able to lasso the Moon…;).
Scroll to top

This site uses cookies. By continuing to browse the site, you are agreeing to our use of cookies.

We may request cookies to be set on your device. We use cookies to let us know when you visit our websites, how you interact with us, to enrich your user experience, and to customize your relationship with our website.

Click on the different category headings to find out more. You can also change some of your preferences. Note that blocking some types of cookies may impact your experience on our websites and the services we are able to offer.

These cookies are strictly necessary to provide you with services available through our website and to use some of its features.

Because these cookies are strictly necessary to deliver the website, refuseing them will have impact how our site functions. You always can block or delete cookies by changing your browser settings and force blocking all cookies on this website. But this will always prompt you to accept/refuse cookies when revisiting our site.

We fully respect if you want to refuse cookies but to avoid asking you again and again kindly allow us to store a cookie for that. You are free to opt out any time or opt in for other cookies to get a better experience. If you refuse cookies we will remove all set cookies in our domain.

We provide you with a list of stored cookies on your computer in our domain so you can check what we stored. Due to security reasons we are not able to show or modify cookies from other domains. You can check these in your browser security settings.

These cookies collect information that is used either in aggregate form to help us understand how our website is being used or how effective our marketing campaigns are, or to help us customize our website and application for you in order to enhance your experience.

If you do not want that we track your visit to our site you can disable tracking in your browser here:

We also use different external services like Google Webfonts, Google Maps, and external Video providers. Since these providers may collect personal data like your IP address we allow you to block them here. Please be aware that this might heavily reduce the functionality and appearance of our site. Changes will take effect once you reload the page.

The following cookies are also needed - You can choose if you want to allow them: